I had my last follow up for my quadriceps tendon repair. Interestingly, the worst part was trying to find a $!%! parking space at Tallahassee Memorial Hospital (time for another parking garage, guys).

My last appointment was originally supposed to be three months ago, but the x-ray showed that I had heterotropic ossification (that is, I had bone cells growing inside the muscle/tendon tissue), so I was scheduled for this follow up visit. After all, having new bones freely growing in my leg would have been rather bad.

Fortunately, the x-rays taken today showed that my extra bones had stopped growing and had “rounded off” nicely. I was also checked to make sure my knee cap was in the right place and that the scar tissue would move freely. Everything checked out and I was officially released into the wild.

While I was reasonably sure that everything was fine with my leg, it is always good to have that confirmed. 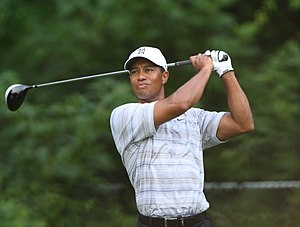 While running a ten mile race on Saturday, the conversation turned to Tiger Woods. Naturally, there were the usual witty remarks-about how he should be called  “Lion Woods” because tigers are solitary creatures and male lions have harems. However, we did manage to squeeze in some ethical commentary on cheating and marriage.

The main conclusion was that if a person is aware that he is a “hose monkey” (to use the technical term for a person who cannot help but screw around) then he should not get married. Rather, he should just monkey around until he grows old and dies (or just dies). After all, cheating will almost certainly harm his spouse, him, and even the other women. By not marrying, the hose monkey avoids inflicting these harms and thus acts in a morally correct manner-at least in this regard. Naturally, he can be criticized on other grounds, but at least he is not committing adultery, cheating or engaged in the deceit needed for those things. As such, the open and honest hose monkey is a primate that can be commended…almost.

How does a person know if he is a hose monkey? Well, some cynical feminists might suggest the following test: “Are you a guy? Then the answer is ‘yes.'” But, not all guys are hose monkeys-and not just because they lack the funds needed to keep up a stable.

The final part of the conversation turned to the claim that Tiger Woods wife allegedly has a  deal in which she would be paid to stay with Tiger.While I did not comment on her in the specific, I did raise a moral concern about someone who would accept money to stay in a marriage. While cheating is bad, accepting cash to stick in a marriage seems like it might be equally bad. This sort of thing makes the claim “marriage is long term prostitution and prostitution is short term marriage” seem rather plausible.