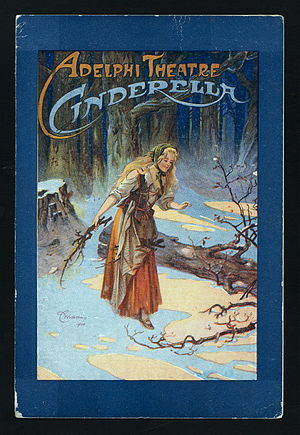 While Obama enjoyed high approval ratings at the start, they have begun to fall. This is hardly surprising and seems to follow the usual historical pattern.

In terms of general reasons, there is the seemingly natural tendency of approval to decay over time. For whatever reason people seem to think less well of other people or things as time goes by. This is, of course, most evident in fads. Also, there is the fact that people often have high (even unrealistic) expectations of  a new president (just as people do for a new boyfriend or girlfriend) and when the person proves to be a fallible mortal, the magic begins to fade.

In terms of more specific reasons, Obama has been dealing with a rather awful economy and as unemployment continues to increase, his approval will drop. Throw in two wars and concentrated attacks from the right, and it is somewhat surprising that his numbers are as good as they are.

While his approval ratings have dropped in general, he has been suffering significant loses among white women. He still remains hugely popular with black women (around 90%), however.

Folks on the left tend to attribute this to the fact that he has not strongly opposed the attempts to ensure that public money will not be used for abortion, he has not done anything about “don’t ask, don’t tell” or same sex marriage, and that he has not seen to it that enough women are in his government.  While these facts no doubt have led to some dissent among the left leaning folks, they do not explain the general drop in approval among white women in general (especially older women, low income women, and women in the southern parts of the US).

One way to explain this is to refer back to the general reasons why his approval ratings are dropping: while Wall Street folks and big companies are starting to make huge profits again, the economic recovery has yet to trickle down. Unemployment is still increasing and this matters to people. Of course, this does not explain why he would have such a significant drop among white women.

Not surprisingly, some folks on the left might attribute this to a resurgence of racism, perhaps inspired by the harsh attacks from folks on the right. Of course, the obvious reply is that these women knew he was black before he was elected president-hence race should not be the main factor. Unless, of course, something has triggered a racist revival-which is a possibility that is worth considering (if only to refute).

Another factor that some might see as worthy of consideration is the stereotypical view of women and men. Stereotypically, women are seen as somewhat fickle-they will see a man as great and wonderful at first. But, when that man does not prove able to meet up to the impossible expectations and that “new man” glow wears off, then women become discontent and unhappy. So, perhaps Obama is experiencing what so many men have experienced: the discontented woman.

This does have some plausibility. After all, Obama was presented as an amazing man and hyped like a Hollywood hunk. His media generated image was clearly such that no mortal man, however amazing, could ever live up to. But, during the election and the start of his presidency, Cinderella was still at the ball and he was still Prince Charming.

But, the ball is over now. The coach has returned to being a pumpkin and the coachmen (and women) are now out of work. Prince Charming has been revealed to be a man who does not have the fairy Godmother’s magic to fix everything instantly. And so Cinderella is not happy. Not happy at all.

I’m expecting some kick-ass refutations of the Cinderella hypothesis.