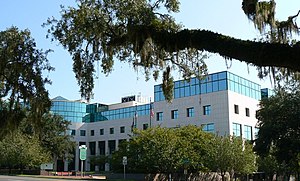 Although I’ve long been interested in matters relating to the law, I did not know much about jury duty until I got my first summons on September 23. Since I found it useful to do a little checking on the web to see what I was in for, I thought I would contribute a bit to the available information.

I’ll begin with a couple disclaimers. First, I’m not a lawyer or a legal expert. What follows is based solely on my own experience and hence should not be considered any sort of legal advice. Second, my experience occurred in Leon County, Florida. Different parts of the United States might be different.

The first step in the process is the summons. I received mine via the normal mail and it was clearly recognizable as a summons (that is, it said “jury summons enclosed”). I received mine on September 23 and my summons was for October 16. This is typical-you will have a few weeks to plan (or not) for the duty.

In Leon County, juries are selected on Mondays and Fridays. Other places might have a different schedule.

When you open your summons (do not ignore it-doing so can lead to being charged with contempt of court) you will see a list of disqualifications, automatic excusals, discretionary excusals and the rules for postponements.

While the specifics vary from place to place, automatic disqualifications include being prosecuted for a crime yourself, having lost your civil rights due to a felony conviction, not being a resident of the county, not being a US citizen, or being a Governor, Lt. Governor, cabinet officer, clerk of court or judge.

Automatic exusals might also vary, but they include being 70 or older, being a sworn law enforcement officer, having reported to jury duty within 12 months, not being employed  full time and having a child under 6 to care for, or being responsible for a person with mental or physical infirmities.

Postponements can also be requested, if you have an adequate reason. The clerk can grant up to a 90 day postponement once while anything more require a judge’s approval. Usually reasons are medical, travel and similar such things. Be sure to request the postponement well in advance (15 days before your selection date).

If you do not have an excuse or postponement, then you are stuck with duty…maybe. Since cases often do not go to trial, you will need to call the provided number (577-4204 in Leon County) to see if you will be needed. When I was summoned, 135 people were called in while the other 200 or so people were released that night. Some courts have a web page you can check (www.clerk.leon.fl.us here in Leon)-most use the eResponse system.

If you are not released the night before, you will need to report to the courthouse. They usually provide a map with the summons. And, of course, there is also Google Maps. Parking varies. In Leon, there are pay garages ($5 a day) near the courthouse. They do provide tokens to park at the library for free. It is about a half mile walk to the courthouse. To get to the library lot for jurors, head down Tennessee street and turn south onto North Bronough street (it is a one way street). The lot is to the west of the library, across from the loading doors. There is a sign for the juror parking area. When you leave, turn onto West park to go west or continue on to East Park to go east (they are one way streets). The library is located at 200 West Park Avenue, 32301 if you want to Google Map it.

When reporting for jury duty, be sure that you have the form that was included in your summons. The one Leon County uses is very basic-you just fill in your employer and whether they will pay you during jury duty or not.

I also suggest bringing a lunch and something to do (like a book). You will spend most of your time waiting, so having something to do will help pass the time. Leon County does provide coffee but no snacks or lunch and I suspect that most courts are like that. Be sure to check what you are allowed to bring with you, since courts might vary.

Interestingly, the jury assembly room in Leon County does provide internet access, but you will need your own laptop as well as an ethernet cable to connect. There are only a limited number of connections. Other counties might have better access or even none at all.

When you get to the court, you will go through security-much like at the airport. Be sure to leave any knifes, pepper spray, or other weapons at home.

After you get past security, you will go to a waiting area and wait for the jury assembly area to open. Then you will go there to wait. After a while, a judge will come in and swear you in, tell you a bit about what will be going on and then you will wait some more.

What happens next depends on the trials that need juries. When I went, there were only three trials scheduled. In any case, people will be called for each trial (random selection of names, I suspect). When I was there, each jury only needed 7 people, so 21 people were selected for each panel.

If you are selected for a panel, you will be brought to a courtroom. First you will, of course, wait a while in a corridor. The judge, lawyers and defendant will be there and you will enter with the other potential jurors. There will be  a brief introduction and then you will answer a series of questions such as your occupation, marital status and so on. After that, the lawyers will ask questions. If there are matters that need to be discussed more privately, the judge will have a sidebar and the other jurors will be absent (but everyone else will be there).

After the questioning, there will be a short break while the lawyers has out who will be on the jury. In some cases people will be disqualified as unfit. The defense and the prosecution each each get to dismiss a number of jurors. Naturally, each side tries to do its best to pick jurors that will decide in its favor. Some lawyers consider this to be critical part of the trial-literally holding that the trial can be won or lost during the selection process.

There are, of course, various guides to getting out of jury duty. However, I would suggest not using these methods, unless you really must.

If you are selected, you will informed of the date and the time of the trial. After that, you will be part of the actual trial process. I did not get selected for a jury, so I have no commentary on this (plus, jurors are not allowed to discuss their trial).

If you are not selected, then you will go back down to the assembly area. If there are more trials that need juries, you might go through the process again. If not, then you will probably be released, as I was.

Some folks end up sitting in the assembly area all day without being selected for any panels and are eventually released.

Naturally, your experience might be quite different-but I hope this helps a bit.