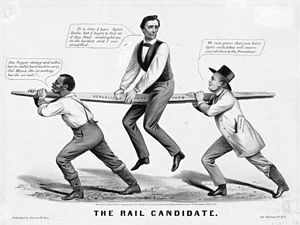 While reading about the recent controversy over the Obama assassination Facebook poll, I also learned that Obama received more threats as a candidate than anyone else. Investigating a bit more, I ran across claims that Obama has received up to four times the threats received by President Bush. Given the strong emotions Obama has inspired and the virulence of some of the criticisms against him, this seems to be plausible claim. But, as always, I encourage confirmation of the facts.

Some folks are, not surprisingly, chalking up the increase in threats to racism. This explanation does have considerable plausibility. After all, racism is still a factor in America and it makes sense that racists and people with racial issues would tend to be against Obama and more inclined to make threats. While there were plenty of people who were very angry at Bush, many of the folks who were angry at him were liberals. Since these liberals tended to be anti-war and anti-gun folks, they would generally not be the sort of people to make violent threats. Naturally, there are some exceptions-some lefties can be rather violent. Racists, in contrast, tend to be a bit more inclined to advocating violence.

Obviously, not all of the threats are based on racism. The previous Presidents, who were all white, received a regular stream of threats and there were actual assassination attempts against some of them. It seems quite reasonable to assume that Obama also is receiving the “classic” threats (such as those from crazy folks) that all Presidents have received.

Of course, it is also possible that the increase is due to factors other than racism. Obama has been involved with some rather controversial actions (the bail out, health care reform, and so on) that have outraged some folks. People make threats over such things, despite the fact that it seems quite irrational to do so. As such, some of the increase in threats can be attributed to Obama’s actions rather than his race. Looking back at, for example, Abraham Lincoln, we can see that Presidents can be reviled for their actions (while Lincoln is seen as almost a demi-god today, in his own day he faced incredible hatred).

My own view is that the increase is due to a mix of these two factors and possibly others, such as the bad economy). The fact that he is black no doubt has lead to an increase in threats from racists. The fact that some folks revile his actions also has contributed. Plus, he also gets the usual blend of crazy folks who seem driven to threaten the President, no matter who he is.