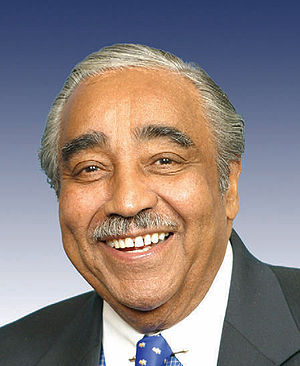 One interesting story that you will most likely not hear is the tale of Charlie Rangel. While his actions are clearly worthy of the attention of the news media, such attention seems to be sorely lacking.

Charles Rangel is a major player in the House. While he was first elected in 1971, he only recently
became the  chairman of the powerful Ways and Means Committee.  Interestingly, he certainly seems to have a way with money and a means to avoid paying taxes on it.

It has been claimed that his 2007 financial disclosure report failed to report significant assets. These include a credit union account alleged to be worth between $250,000 and $500,000, an investment account, and three properties in New Jersey. To top that off, it is also claimed that he has not disclosed over $1 million in assets, even though he is required to do so.

One story that did make the news (albeit briefly) was that Rangel failed to report and pay taxes on a Caribbean villa. The IRS did take him to task and he was forced to pay the back taxes (about $10,000), but he was not subject to any other penalty.

While the House Ethics Committee has investigated his activities, nothing has been done and the Democrats seem disinclined to take any action. The Republicans have tried to take action against him, but they lack the votes to do anything.

Those with good memories will recall that Senator Ted Stevens of Alaska was convicted of lying on his disclosure forms. While his conviction was (conveniently enough) thrown out, his actions effectively ended his career.

From a moral standpoint, what happened to Ted Stevens should also happen to Rangel (assuming that the allegations are true, of course). After all, the same rules must (on the pain of legal and moral inconsistency) apply to all. To let Rangel get away with the same deeds that Stevens was called to task for is grossly unjust. Also, consider what would happen to a normal citizen who engaged in comparable behavior. They would face serious consequences if they did what Rangel was alleged to have done.

If Rangel is guilty of what he is accused of doing and the Democrats do nothing, then they make it clear that they are not concerned about ethics or professionalism. While we have (sadly enough) come to expect little from our elected “leaders”, it is far past the time when we should hold them to the standards that they should meet. The matter of Rangel must be investigated and, if he is guilty, he must be brought to justice. Anything less is an insult to the rule of law and professional ethics.

We were promised that it would not be politics as usual. Yet, as always, it is.  So, I have little faith that justice will be served.

It is also interesting to note that Rangel has received little news coverage. While there have been some major stories to take up the news time, I did noticed that CNN did a lengthy segment on 9/18/2009 about the dad who caught the foul ball and gave it to his daughter (who then threw it). This was a internet hit, true, but I think that if CNN can spare time for this, then they can report in more detail on what sort of misdeeds might be going on in regards to Rangel and others.