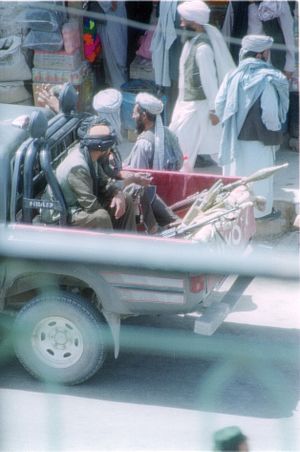 In a rather interesting turn of events, it seems that the United States is helping to fund the Taliban. Naturally, the money is not being paid directly to these folks. Instead, it is being paid out via contractors.

The basic idea is this: certain contractors/sub-contractors operating in Taliban controlled areas of Afghanistan have been paying significant protection money to the Taliban. The Taliban is operating this in classic Mafia style, although they are apparently taking a larger cut.

This revelation comes along with the recent exposure of problems regarding security contractors in the region, the latest being a security contractor whose personnel have behaved in ways that have led the media to use the phrase “Afghanistan Animal House.”

Naturally, it is fair to note that Obama has inherited a rather large plate full of assorted problems (health care reform, economic disaster, two wars, American Idol, and so on). However, he will need to put some of his focus on the situation in Afghanistan and see to it that these problems get sorted out.

Of course, I expect that there will always be corruption and misuse of funds. After all, one of the prime purposes of the state is to take money from the citizens and see to it that a chunk of it gets funneled to the “right people.” Of course, we should at least expect that our money is not being funneled to our enemies. Surely even the politicians can get that part right.