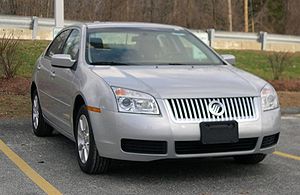 Opponents of the cash for clunkers plan often criticized it because it would allow folks to buy either foreign or domestic cars. The worry was that American tax dollars would go to helping foreign car companies rather than US companies. This fear turned out to be true.

People who buy cars in the US normally buy American 63% of the time. Those cashing in on the clunker plan did so only 53% of the time. I suspect that since the plan is intended for folks to trade from low mileage cars to higher mileage ones, folks would tend to buy foreign because these cars generally seem to do better in mileage than US cars.

While critics are right to be concerned that our tax dollars are, in some cases, helping out foreign companies it is also important to keep in mind the following facts. First, these cars are purchased in the US from American dealers (unless people are doing direct buys from, for example, Japan) and this helps out the US economy. Second, many “foreign” cars are actually made in the US, thus also helping out the US economy. Third, helping out foreign car companies will help the foreign economies and this can help contribute a tiny bit to getting the world economy back in order, thus helping the US.

Of course, there are good reasons to believe that the program should have been for US cars only. However, since many foreign companies have plants in the US and have plenty of clout, that would have been an unlikely course of action.