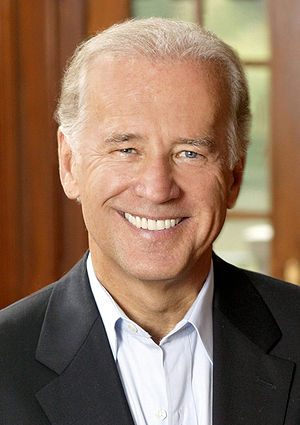 My conservative readers have been saddened by my failure to cover Joe Biden and instead focus more on Sarah Palin. No doubt, there is the suspicion that my alleged left leaning ways have compelled me to ignore Joe. This is not the case. The main reason is that Joe has not been as interesting or as significant as Palin. The VP position, as John Garner once said,  is often “not worth a bucket of warm piss.” Joe really has not done all that much worth writing about. However, to be fair and balanced, I will say a few things about him.

First, he is famous for rambling on and on. This is not really a mark against him, but people do make note of this.

Second, he often seems to fail to think through what he is saying. One recent example is his remarks about public transportation and swine flu. While having the VP say something so factually inaccurate and potentially frightening is a bad thing, the fact that he is Joe Biden helped minimize the impact. After all, people seem to expect him to say things like that and hence what he says is often not taken that seriously. On the downside, having a major political figure who is looked at a bit like a slightly wacky uncle might be a problem.  Naturally, it would be nice if he reflected a bit more before speaking.

Third, he has a knack for contradicting what his own administration says. This is rather bad because it makes him seem to be either out of the loop (the land where VPs traditionally live) or at odds with the President (which does not seem to be the case). However, I suspect that he is the sort of person who gets talking and loses track of what it is he should be saying and instead just ends up saying what pops into his head. That sort of thing rarely turns out well. If Joe doesn’t know what the administration is up to, he should probably get up to speed. If he knows that he tends to just say stuff, he should work on that as well.

Some conservatives complain that Joe is able to get away with things that other politicians would be nailed for. I suspect it is because Joe seems to be a likable, down to earth sort of fellow. Perhaps he reminds many Americans of “that uncle” who rambles a lot and says the darnedest things. Perhaps it is because his blunders seem to be honest blunders, rather than anything malicious or calculated. Or perhaps, as some suggest, the liberal media is blinded by their liberalism and they fail to see the dark shadow of evil behind his sunny smile and folksy charm.