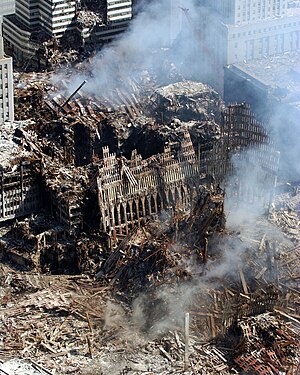 When people are critical of using certain methods against terror suspects, one reply is that to accept limits on our actions will make us unsafe. This is because accepting limits will impede our chances of winning and if we do not win, then the terrorists will harm us.

The usual justification for this is that we do not want to be harmed and we want to win. Of course, the terrorists can say the same thing-they also want to avoid harm and achieve victory. They can, of course, help themselves to the same argument used above. After all, if doing whatever it takes to win is morally acceptable, then the terrorists are acting in ways that are morally acceptable. They are just doing what they think it will take to win.

To argue that our side should win, we need something that distinguishes us from the terrorists. We could just be pragmatic and say that we should win because it is us and we are not them. They can, of course, say the same. In this case, both sides are morally equally and whoever wins, wins. If we take this approach, we have to lay aside all moral language when trying to justify what we do or why we should win. After all, such moral talk would be meaningless.

However, few people want to take this approach. Rather, it is common for the defenders of the “do whatever it takes to win” approach to argue that we are justified in acting without moral limits on the basis of (ironically enough) moral grounds.  For example, Ralph Peters argues that we should do whatever it takes to win because an American victory would be better for the world. It is also common to present the view that we are morally superior to the terrorists we fight and being better than them justifies the claim that we should win rather than them.

This approach creates what seems to be a bit of a problem: how do we reconcile rejecting moral limits on our actions with the claim that we are morally correct?

The stock approach is the ends justify the means. The usual line is that since our goals are noble and good, we are morally justified in accepting any means to achieve those goals. This view is, of course, a utilitarian approach. The main worry here is that the actions we take to achieve our goals might morally outweigh our goals. In other words, the moral evil generated by our means might exceed the good of achieving are goals.

This can be illustrated using a simple economic analogy. If achieving a goal generates $500, then it is profitable if we spend $499.99 or less in achieving the goal. If our goal is profit, then any means that bring us to our goal for $499.99 or less would be acceptable. Obviously, the less the means cost, the better.

In the case of a moral goal, the same logic applies. If reaching our goal (beating Al Qaeda, for example) would generate 500 Good Points (just to make up an imaginary measure), any means that reached that goal for 499.99  or less Evil points would be acceptable. Naturally, reaching it with less Evil Points would be better because we’d end up with more Good.

So, if we argue that our side should win because we are in the right or because  our victory would be a moral good, then we would need to avoid generating too much evil. Otherwise, we would be taking actions that would undercut our justification and prevent us from achieving our stated goal.

A variant on this is the view that if we are good, then we can do whatever it takes to win. A variant on the above argument counters this: if we do enough evil, then we are no longer good. This is because being good means that you do good rather than evil.

So, we have to accept some limits. If we do not, then it would be a matter of luck that we would win and still be good or achieve a greater good. By luck, I mean that we would win before we had done enough evil to make us evil or outweigh the good of achieving our goals.

Naturally, some might reply that we must do what it takes to stay save, because survival is what matters.

That is, of course, a practical approach.  One moral reply is that given by Socrates in the Apology. Another moral reply is that, as noted above, if we take survival to justify our actions, then the terrorists can take the same option. As they see it, they need to kill us to survive. In this case, we’d need to lay aside the moral talk and be honest about it. We have no justification beyond wanting to live-just the same as them. We just happen to be us. Of course, if we take this approach to ethics, it would apply across the board. In short, we’d be embracing egoism. Or, if we wanted to toss ethics altogether, we could be moral nihilists.

My view is this: Americans, as a whole, are better than Al Qaeda and their fellows. This is because our general goals are morally superior and we generally accept moral limits that they reject They, for example, intentionally murder children and non-combatants. We, in contrast, put ourselves at risk to avoid hurting civilians. We think women are people and deserve full rights. They do not. When we do wrong, we take ourselves to task for it. They behead journalists. See the difference between good and evil?