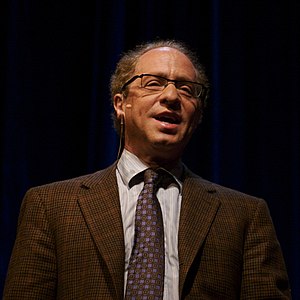 When I first heard of Ray Kuzweil’s, I thought he was a science fiction writer. It turned out that he isn’t-while he writes about science fiction style stuff, he professes to be predicting the future rather than writing fiction.

So, what sort of future does he see? Kuzweil envisions a future in which humans will be immortal and the dead will return to live. While these are common claims in religion, Kuzweil’s view is that technology will make this possible. While some describe his view as a religion, I’d prefer to use a made up word, “techion” to refer to this sort of phenomena. As I see it, a religion involves claims about supernatural entities. Kuzweil’s view is purely non-supernatural, but does have most of the stock elements of religion (the promise of a utopian future, immortality, and the raising of the dead). So, it is sort of a technological religion-hence “techion.” Yes, I like making up words. Try it yourself-it is free, fun and the chicks will totally dig you (your actual results might differ).

While the religion-like aspects of his views are interesting, I’ll just look at his view of resurrection.

While we can “jump start” some people back from the dead, Kuzweil envisions something radical. His view is that we might be able to take the DNA of dead people and rebuild them using nanobots. This, he claims, could create a new body that would be “indistinguishable from the original person.” Of course, having a body that is indistinguishable form the original is hardly the same as having the original person back. It would, rather, be a case of having a twin. To recreate the person, his plan is that information about the original (such as things the person wrote and recollections of people who knew them) would be used to recreate the mind of the original.

Nanobot reconstruction from DNA seems possible. After all, each of our bodies assembled itself using DNA, so we have a natural model for that process. The challenge is, of course, to duplicate it with technology. We also know that the brain accepts external information that shapes the person, so such a “download” would (in theory) be possible. Of course, there is a big difference between the normal experiences that shape us and downloading information in an attempt to recreate a person.

True resurrection (in addition to being a D&D spell) has two key aspects. First, the original body has to be recreated. If you get a different sort of body, then you have been reincarnated (perhaps as a bi-sexual squirrel). Second, the original person has to be restored.

Recreating the original body seems possible. With DNA, raw material and those hypothetical nanobots, it would just be a (re) construction project. It would also help to have images of the original body, plus as much other relevant data as possible. So, the first aspect is taken care of.

Getting the original person back in the recreated body is the real challenge. Kurzweil does seem to clearly recognize that the method he envisions will not restore the original person. He seems to be right about this. After all, the method he describes relies on “public” information. That is, it depends on what information the person provided before death and what other people remember of him. This obviously leaves out everything that was not recorded or known by others. As such, it will be a partial reconstruction-a new person who is force fed the scraps of another person’s life. This, obviously enough, raises some serious moral issues.

On the face of it, Kurzweil’s resurrection seems to be moral appalling. That this is so can be illustrated by the following analogy. Imagine that Sally and Ivan have a son, Ted. Ted dies at 18. Sally and Ivan go through all the adoption agencies until they find a baby, Joe, that looks like Ted did. They rename Joe as Ted and then reconstruct Ted’s life as closely as possible-punishing the former Joe whenever he deviates from Ted’s life and rewarding him for doing what Ted did. Sally and Ivan would be robbing Joe of choice and using him as a means to an end-fulfilling their need to have Ted back. But, they have no right to do this to Joe-he is a person, not a thing to be used to recreate Ted.

The same certainly seems to hold in the situation Kurzweil envisions. To create a human being and force him to be a copy of a dead person is a horrible misuse of a person and a wicked act. As such, this is one aspect of his envisioned future that we should most certainly resist.